Some 55 million tonnes per annum (Mtpa) of hydrogen (H2) is currently made every year for industrial feedstock, mostly for oil refining and making chemicals. In contrast, only 0.002% of hydrogen production, about 1,000 tonnes annually, is produced for use as an energy source. Most, if not all, of this currently powers hydrogen fuel-cell electric vehicles.

Hydrogen as an energy carrier - a new research paper from DNV GL - predicts significant long-term rises in these numbers, with low-carbon H2 becoming an effective decarbonization agent to mitigate climate change. For example, the company’s experts estimate that demand in 2050 for H2 solely for energy could range from 39–161 Mtpa under various uptake scenarios (Figure 1). 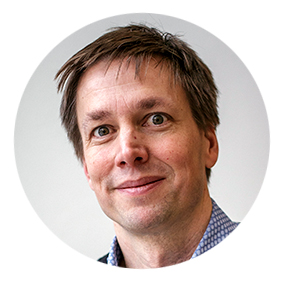 Our studies make a persuasive case for hydrogen being a potentially significant clean option in the global mix"
Dr Jørg Aarnes,

Decarbonization will drive greater demand for hydrogen for energy

The research paper highlights decarbonization as the main driver for using hydrogen for energy, whether the value chain involves transporting it as compressed gaseous H2, liquid (cryogenic) hydrogen, ammonia, or as hydrogenated liquid organic hydrogen carrier.

Its uses for energy can include heating buildings, as envisaged in the H21 programme’s Leeds City Gate proposal and backed by its study proving the feasibility of converting that UK city from natural gas to hydrogen1. Because many countries derive 40–60% of their energy from natural gas, there is worldwide interest in H21’s rational approach to decarbonizing heat at large scale. Northern Gas Networks, the gas distribution operator spearheading H21, says similar studies are underway or being developed in Australia, New Zealand, China, Hong Kong and Japan, as well as Ireland and other parts of Europe.

Additional uses for hydrogen, among others, include providing heat to industry; fuelling transport; and, as a medium to store and transport surplus power from variable renewable energy sources (VRES).

To help decarbonize these applications, hydrogen needs itself to have a low carbon footprint. Consequently, the paper stresses how large-scale production of ‘blue hydrogen’ — made by either steam methane reforming or coal gasification — requires parallel development of large-scale carbon capture and storage (CCS) infrastructure.

‘Green hydrogen’ is produced by electrolysis of water powered by an electricity mix with a low greenhouse gas emissions footprint. The power can come from VRES.

The nations most likely to decarbonize space heating

In analysing applications for hydrogen, DNV GL’s paper stresses that several countries may see hydrogen-heated buildings as a good decarbonization option. It sees Australia, Canada, the Netherlands, South Korea, UK and US as the most likely to adopt H2 at significant scale for heating residential and commercial premises.

Aarnes explained: “Natural gas already has a high share of energy input to space heating in these countries, and their existing gas infrastructure can be adapted to hydrogen distribution and storage. Importantly, these countries also have large-scale CCS operations or are beyond the early stage of developing them.” (Figure 2).

However, he added that the application of hydrogen to space heating requires substantial policy push and public co-funding to materialize.

The paper sees demand for H2 as industrial feedstock rising from about 55 Mtpa today to 69–114 Mtpa in mid-century. “For example, the iron and steel industry may begin to use hydrogen in the direct iron reduction steelmaking process, and this may add 4–11 Mtpa of hydrogen consumption by 2050,” Aarnes said.

“We do not see substantial-scale use of hydrogen for industrial process heating by 2030, because other decarbonization options are more mature and many are simpler,” he added. “By 2050 though, we expect hydrogen-fuelled heating to be established in industries such as cement and aluminium in their portfolios of decarbonization measures.”

Looking at other applications of hydrogen, the paper expects a combination of rapidly declining costs for green hydrogen, and continued development of refuelling infrastructure, to trigger broader uptake of hydrogen fuel-cell electric vehicles. “We estimate that more than 80% of hydrogen demand for mobility in mid-century will be for buses, trucks and other heavy vehicles,” said Aarnes (Figure 3).

Making hydrogen by electrolysis is widely promoted as a medium for creating value from surplus electricity produced by VRES. Hydrogen can be stored, transported and sold, while the alternative might be to curtail electricity production from such sources.

The paper supports this view. It calculates that the cost of electrolytic H2 production can be reduced widely by increasing electrolysis plant operating hours beyond those when surplus electricity is available.

Arguing that H2 from electrolysis will be able to compete on cost against gas reforming with CCS around 2030, the paper specifies conditions that would need to apply. For example, electrolysers would operate intermittently in step with fluctuating power prices, and H2 storage would be available for matching supply and demand.

In addition, the paper explores concepts for blue and green hydrogen production on an offshore platform, involving varying needs for power cables and pipelines/storage for H2 and/or carbon dioxide.

“We find that offshore reforming of natural gas with CCS to produce transportable hydrogen can be an economic business proposition depending on how far offshore the platform is,” said Aarnes. “In contrast, making hydrogen offshore through electrolysis powered by offshore wind installations requires a high hydrogen price, with the primary cost driver being the offshore wind farm.”

Hydrogen is generally more energy intensive to store and transport than other conventional fuels. Hence, the crux of the debate over its use for storing and supplying energy is that its value in pure form to users or to society must be sufficient to justify the energy losses in its production, distribution and use, Aarnes observed.

“Hydrogen as an energy carrier is one of a number of studies and papers that we are publishing to inform this debate and provide evidence-based analysis of what it will take for a global hydrogen economy to develop,” he added.

Sign up to receive 'PERSPECTIVES' - a digital publication offering insights from our people, customers, and industry colleagues.